Susan prepared to begin her month of daily BLAHging by drinking coffee and thinking up gimmicky stuff to post for when she can't come up with anything better. She also ate three pieces of pie and watched the wind bend the tree branches in her yard as far as they could go then snap back into place.

Susan thinks it's worth noting that she made her first online purchase for Xmas.
2 comments:

Susan saw these rings in a magazine a few months back and felt the first rumblings of excitement. That ended when she looked at the website. 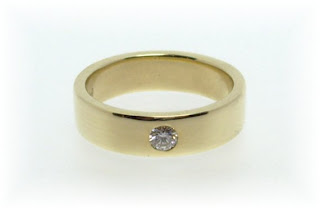 Very recently she found this on Etsy and the feeling came back. 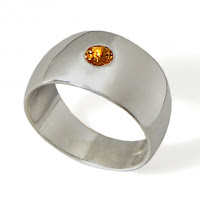 However, Susan finds herself so attracted to this ring that she can’t stop thinking about it. Except when she’s thinking about the gold Etsy ring.
9 comments:

Thank you all for suggesting that Susan's brief lapse of time and space is excusable, but she must respectfully disagree.

The 20th can be mistaken for the 21st and a Wednesday can feel like a Thursday but the very least that Susan expects of herself is to know which month it is. She had three weeks of October under her belt, why would she think that it was November?

She understands wanting to fast forward past Halloween, she likes the Day of the Dead motif but can't stand the endless interaction with the front door and the fake enthusiasm for her small neighbors' costumes.

Plus, doesn't November feel uniquely like the excitement of Thanksgiving mixed with the dread of Xmas and the monotonous anticipation of being able to kick another year to the curb?

Then comes the cold, inescapable, hopeless misery of January and February. Ugh.

March isn't much different from February, but at least one can say it's March. April is really the first month that isn't horrible, then it's smooth sailing through the spring and summer till the cold weather comes again.

God help us all.
4 comments:

For a few minutes Susan thought that Thanksgiving was next week. It was odd that she didn't realize earlier how close Thanksgiving was, but she got excited about having next two extra days off. Susan ran through a quick mental checklist of everything she had to do; find out what Aunt Eileen wanted her to bring to dinner, get the old folks from the airport, prepare their subterranean guest room and cram a week's worth of work into three days. She moved a pile of office debris from her calendar and saw that it was still October.
OMG, what a dopey a**hole, of course it's still October.
5 comments:

Is there something wrong with Susan for not caring about BlogHer and blogging events? She wouldn't mind increasing her modest fan base but she won't go out of her way to do so. She doesn't want to improve her BLAHg or advertise along the edges. She has immediately regretted signing up for everything she initially assessed to be a good idea but makes an exception each November for NaBloPoMo because she likes to punish herself with the Herculean task of writing a post a day.

The husband doesn't read Susan's BLAHg. It holds no value for him because it doesn't generate income. Can you believe that?
Even though she finds this ignorantly limited viewpoint frustrating it provides her with the freedom to say what she wants about him.
For instance; the husband likes to dress up like Liberace and dance like a butterfly.
It's true!
7 comments:

She was in a rustic cabin in the Adirondacks without a television, internet access, cell phone service or even radio waves.

She had a few cocktails at a family wedding and crashed early, but her unconscious slumber ended sometime in the middle of the night while everyone else in the universe was asleep.

The creaky cabin was silent except for the sound of her family snoring.  Lying on the rock hard mattress she was the most awake she'd ever been. Tossing to the left then turning to the right didn't help, she felt like a prisoner lying on a jailhouse bunk contemplating her crimes.

She got up and moved through the darkness in search of a book or newspaper or cereal box to read but found nothing to occupy her brain. In desperation she slipped outside to shiver in the rain and contemplate how many more hours till breakfast.
Too many.
3 comments:

Susan took the day off to drive around with the husband and look at wedding bands. You may recall that she lost hers last year, if you don't then Susan won't hold it against you. It's unreasonable to think that everyone can remember everything.

Anyway, they got a late start because Susan & the husband have a recurring house guest who sat around all morning drinking coffee and talking. Susan used this time to stay in bed and watch Joseph Cotten look for Orson Welles.

Susan wants a ring that is similar to her original ring in that it's a thick band of yellow gold with colored stones and some amount of detailing. Well, that's not so much similar to the original as it is exactly like the original. But, she doesn't want the same ring even though it was perfect and she wishes she never lost it. That being said she's open to other options.
But, it has to be yellow gold and it has to be thick.
It may or may not have colored stones, she doesn't want diamonds.
She'd like it to look hand made, maybe even a bit rustic.
Or maybe totally modern.
She's not sure, she assumes she'll know it when she sees it.

They drove to a good shopping town with lots of stores and places to get coffee. Every store they went into made custom jewelry. They could make Susan whatever she wanted using the material and finish that she liked with the stones of her choosing. She could add detail or take it away. They'd make her a wax replica so that she could see just how it would look on her finger and work with her until she was happy. She could have a ring that was uniquely hers, imagine how special that would be!

Susan has zero interest in designing her own ring, she just wants to find something she likes and buy it. She doesn't do well with an limitless array of options and doesn't want to be responsible for figuring out what it should look like. She'll be happy to wear someone else's vision.

She ultimately stopped listening to the jewelers describing the endless possibilities available because she could only wonder how much will this cost? She doesn't need a two thousand dollar ring, she's been very happy to wear her twenty dollar silver ring from the craft fair. She'd just like to find something that's more appropriate as a wedding band and then marry the husband again with their kids in attendance.
8 comments: 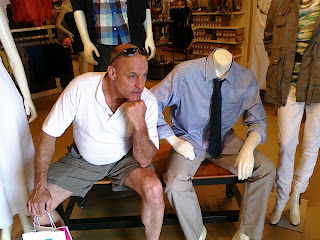 Susan's tired so she's just going to post a picture of her brother in law and call it a night.
2 comments: 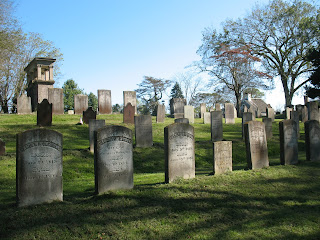 Susan and her daughter spent a lovely day together in the East Hampton cemetery. They took a pad of large sketch paper and a cookie tin filled with crayons that have been in use for the last thirteen years and did some grave rubbings.

East Hampton is a wonderful cemetery for this sort of thing, it’s got primitive headstones, soft grass, and is a very relaxing place to spend time. Susan doesn’t think much of East Hampton town however. Over the years all of the interesting little shops have been devoured by Tiffany, Coach and Juicy Couture, but the cemetery is reason enough to visit.

Susan is in love with old headstones and is always willing to walk through a cemetery to see some. One Veteran’s Day Susan, her little sister and their kids took a side trip to an upstate cemetery to visit an old pal from the neighborhood and spent time cleaning off all the veterans’ headstones. On another occasion Susan and her daughter spent an hour in a witheringly hot cemetery in Maine where they read the headstones of seven children who all expired over the course of a few months.

Sad stuff, but not today. 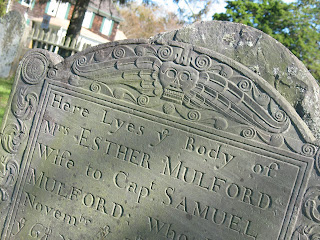 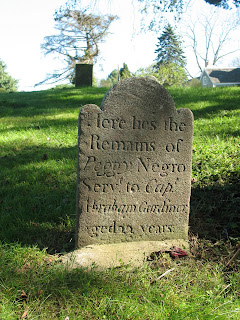 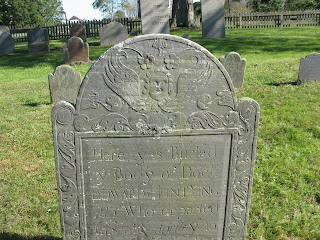 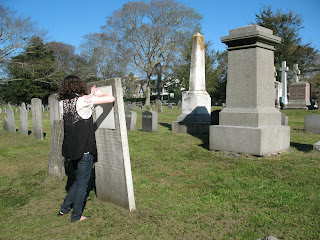 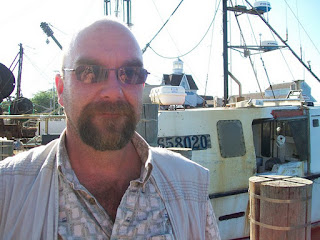 Susan opened  her laptop to find an e-mail from her son's Italian teacher. Wonderful!
No doubt she was writing to let Susan know how much she enjoys  having the kid in her class.

Hmmm, that wasn't the case.

The most notable aspect of the communication, other than the son's collision course with failure, was that she was the first teacher to ever give Susan a heads up to anything. Honestly, the first.
Susan has always had to contact the teachers to talk about her kid, never the other way around.

Anyway, contrary to the way she was raised, Susan had a calm conversation with her non Italian speaking underachiever. They established that he would attend weekly extra help, study for all tests and quizzes and be plunged into a black pit of despair if he fell below a predetermined grade point.
5 comments: