Even though she didn't think she had much to do Susan managed to fill her Memorial Day weekend with friends and family and firepits and food and getting big cocktail rings stuck on her finger in Nordstrom Rack and filling her hallway with boxes of everything she's getting rid of and being remembered by a waitress who only served her once (even what she ate!) and listening to a 17 piece band play Frank Sinatra music with Aunt Eileen & Uncle Joe and buying a Craigslist bike with her daughter from Ravi in the rain and buying yet another polka dot dress  and meeting Mitchie's family and eating brownies for the first time in five months and making a couple of decisions about things and enjoying a meandering trip with her little sister & bro-in-law out east and visiting her beloved Cousin Lisa & Bob Smith where they rest with more than two hundred thousand of their brothers and sisters and having a nice picnic at The Peconic River Herb Farm where she considered making an overpriced impulse purchase of a handmade light up tin sign but opted for three succulents instead before ending the day at Melissa & Andy's house for a family barbecue and some turkey watching. 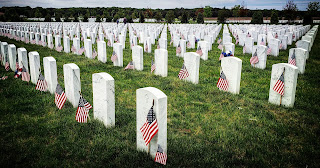 Susan went food shopping on her way home from work. Her supermarket provides her with a hand held scanning gun so she can scan each item as she drops them into her cart. When she's done she just rolls up to the Do It Yourself checkout, lets the register read her gun, all her purchases appear on the screen, then she pays & she's out the door. No more lines or cashiers or ringing things up or packing groceries into bags. She just pays & goes. If she's really smart she'll have brought her big blue IKEA bag with her, but she rarely does.

On this trip her scanner beeped but did not record all of her groceries. She figured this out at the Do It Yourself checkout when her total was roughly fifty dollars cheaper than it should have been. The disembodied voice from within the register told her you may scan additional items now.
F*ck that. She grumbled under her breath & started sorting through her cart to figure out what had not been recorded by the scanner. She looked around, there was usually an employee who would pop over at the first sign of trouble, but instead the disembodied voice told her if you are ready you may finish and pay.

No one came to keep Susan from stealing groceries, but neither did Susan stop herself. Instead she paid, turned in her gun and cooly headed for the parking lot. She knew she was wrong but kept going. Machine error was not her responsibility. She repeated this lie to herself a few times.

Susan went home, unpacked her groceries, sat down at the computer and made a sixty dollar contribution to Long Island Cares, an organization started by Harry Chapin to feed the hungry.
No comments:

Susan didn't shower this weekend, she brushed her teeth and washed her face but that was it. She spent a cold rainy Saturday & gorgeous warm Sunday clearing out her basement.

Remember when Susan threatened to be out of New York by April? Or before that, in January? Well, she wasn't ready, so she took a little more time.
Now our Susan is prepared to starting behaving like she's moving. She's been chucking her extraneous belongings for over a year, but last week she packed her first box of things to bring with her. She marked it KEEP to reduce any possibility of confusion.

Over the previous two weeks she purged half the books she owns, now she just has what fits on her shelves plus a little extra. And her cookbooks.

This weekend was the basement.

The basement is serious territory filled with big plastic bins, furniture, tools, art supplies, Christmas crap, photographs and petrified spiders. Susan dragged the big plastic bins up the stairs and went thru them one by one, getting rid of almost everything they held. Once empty she threw them in the shower, put them on the deck to dry, then stacked them in a corner. They will eventually transport whatever she's taking.

The Christmas crap was done in no time, everything went except the little light up Santa bought in Maine with her friend Kate, the plastic sandwich baggie wreath that Susan's daughter made in grade school, and a modest tin of decorations.

The photographs were going to take some time. Susan had previously reduced 4 shoeboxes of photographs down to one, but now she had entire photo albums to consider. One was easy, she looked through it, smiled at the pictures, then tossed it into the garbage. Goodbye.
No comments: