Susan needs some new music.
She's previously asked two of her three nieces to make her a CD and thus far all they've done is nothing. Thanks girls, guess who's Aunt Sue's favorite now?
Anyway.
Susan has a idea involving musical reciprocity,
if any member of her modest fan base wish to make a CD for Susan she'll make one for them.
Don't be shy bloggy pals, hip Susan to your fave music but hurry up because she's bored.
7 comments:

Karma blew Susan a kiss and arranged for her to be able to sit on the couch and spend ninety minutes with her new dandy best friend, Ruggles Of Red Gap.
No one except the dog was interested in watching a movie from 1935 about a English butler who ends up in the 'land of slavery' after his boss loses him in a poker game. So, Susan snuggled up to her favorite family member and watched an adorably charming Charles Laughton reinvent himself.
The End.
3 comments:

Sunday morning Susan got her family out of the house by 10:30 am and spent the day at the most wonderful place in the world, The Metropolitan Museum of Art. 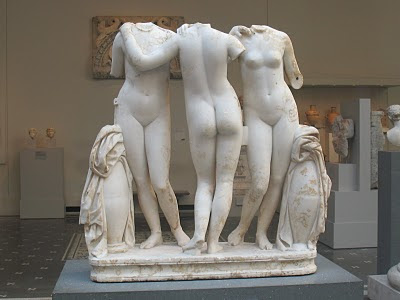 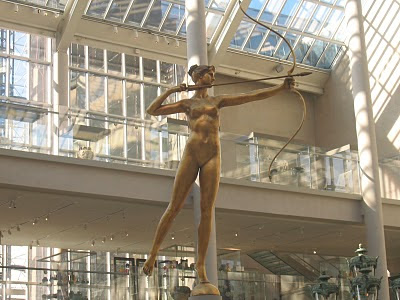 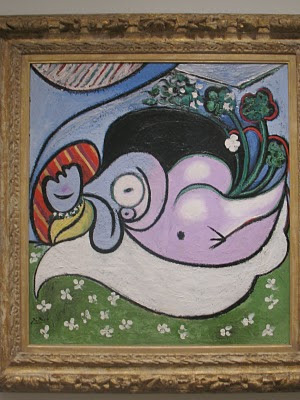 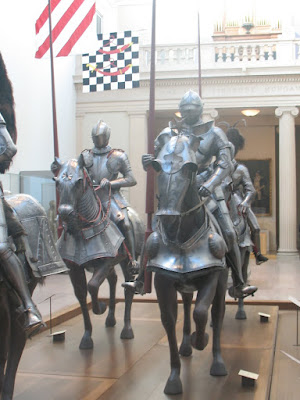 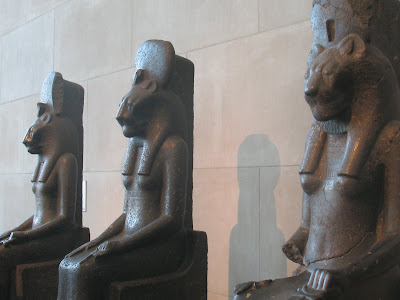 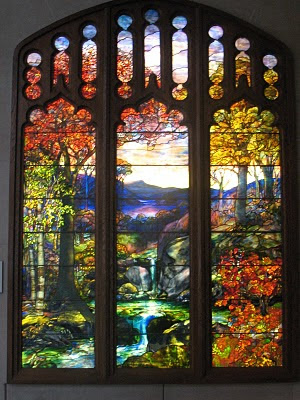 Susan can't f*cking stand the sight of the husband right now. The whole f*cking day he's been irritating her in an undefined but very real way and she'll blowtorch the f*cking house if she hears his voice.

She first notice that he wasn't looking at her this morning when she spoke to him. What the f*ck's wrong with you? He didn't answer her inquiry but that was alright because she wasn't interested in his answer anyway.

They got into a little silent angry thing when he said that he was going to pick up the daughter at Brittney's house. The husband is always saying Brittney when he means Marina, which is where the daughter spent last night. Susan assumed that he was headed to the wrong house and told him so only to find that the daughter really was at Brittney's house. How the f*ck is Susan supposed to know anything if no one tells her and you can't tell the difference between Brittney and Marina anyway, assh*le.

A little later, after Susan mis-heard a portion of an anecdote the husband half mumbled to her he adopted a bristly demeanor.

The gloves came off during a conversation about what time they wanted to leave in the morning,
Susan suggested 10:30,
and the husband smirked.

Susan's response to the husband sounded similar to the way Kate Gosselin used to speak to her former spouse only with a lot of cursing followed by total silence.
All night.
5 comments:

Nineteen years ago Susan suggested that her little sister, brother in law and cousin Lisa accompany her to a movie. Little did she know that this Mad Max knockoff starring Rutger Hauer would win her an award as the chooser of the worst movie ever. Susan's companions didn't even wait for the movie to end before they presented her with a plaque, organized a parade and carried her around on their shoulders then made fun of her for two decades.

Even though their assessment was correct Susan's personal favorite most awful movie had already come out two years earlier, again cousin Lisa was present as witness. That one was a first date love story set against nuclear war and was totally unbelievable because Dr. Mark Green was the leading man.

Susan can tolerate a number of unpleasant things; dog sh*t in the grooves of her snow boots, enthusiastically chatty co-workers, having to dry herself off with the bath mat but she cannot endure bad movies.

She and the husband have a lengthy history of walking out as soon as a movie bores them. They even walked out on Sting in a very expensive concert although it serves Susan right for being there in the first place.

Susan does not watch bastardized Hollywood versions of foreign films.
Susan will fistfight her way out of a romantic comedy.
Susan has napped through every movie she ever took the kids to. Every one.

During her last visit Susan's mother brought a number of movies popular with people who don't care what they watch including one with two surefire elements for a new contender; Richard Gere and Diane Lane. Susan's sorry to report that it wasn't bad enough even though everyone broke out in hoots and hollers when Richard Gere died at the end.
6 comments:

The husband planned the most marvelous gift for his favorite valentine, Susan. He got up early, went to Home Depot & purchased whatever was in the bag that he used to fix the bathroom sink. Susan assisted him by stuffing a pillow under his head, locating a channel lock and holding a screwdriver in place for a few minutes. When he was done people were once again able to brush their teeth & wash their sudsy spit down the drain.
As if this weren't a wonderful enough gift, he accompanied Susan food shopping then made meatballs just the way she likes them.
5 comments:

Susan spent the day in her PJs, a combination of the
t-shirt she wore yesterday underneath her work clothes, minus a brassiere, plus sweatpants.
Very comfortable for having nowhere to go.
Every once in a while the son would come in to bore her with details of the game he was playing and Susan noticed that he'd check out her t-shirt lightening fast without missing a beat of his monotonous, uh, monologue.

Susan just fills out her B-cup and that's only because she's gained some weight in her forties, she used to be able to go without a brassiere completely, but no more.
An unrestrained B-cup is a little sloppy but it isn't going to distract anyone for more than a split second.

Up until two years ago Susan used to walk around the house without clothes, not in front of windows or company, usually only because she was interrupted after her shower, before she got dressed.
Her kids didn't pay any attention, they'd seen it before.

Years ago when Susan was pregnant she thought about the type of mom she wanted to be. She wasn't warm & cuddly, she was a little stiff and had personal space issues.
Susan wanted to locate her inner hippie, she wanted to be comfortable with her unclothed body and all natural-ish. She wanted to be like the pictures in Joy Of Sex only with babies and motherhood and stuff.

Susan figured out how to create a much less stiff self and after a period of total discomfort with breast feeding found that she kind of liked it. She was much better being the mother of toddlers than she was as the mother of infants even though she let her son eat a screw and her daughter fall off the dining room table. She liked being naked when the kids were little and found it funny when they'd have entire conversations while staring at her pubic hair. Slowly they got older and still didn't give Susan a second look if they found her naked in the kitchen making coffee before work.

Susan's always on the prowl for a good blog,
kind of like hers only interesting and funny with big words and smart ideas. Unfortunately there's some powerful stinky blogs out there.
Stinky winky.

Susan declines to badmouth all the moms hitting the keyboard for obvious reasons but there's plenty of boring family blogs with misplaced apostrophes;
Hello From The Smith's. Ugh.
Double Boring Wedding blogs, we're in love!
Twenty-Somethings Living Life to the Fullest blogs.
Let Me Bore You With My Political Opinion blogs.
I'm Me And There's No One Else Like Me! blogs.

Susan was reading Deidre's blog and totally stole her idea, um, was inspired to write about her own first crush. Susan was already thinking about using her first crush as fodder for a BLAHg post anyway but since she told her fourth grade flashback story last week she didn't want to tell two fourth grade stories so close together.
But, she's going to.

Sidebar: Susan's pretty sure that fourth grade was when she figured out that teachers generally call on the kids who don't make eye contact. So, whenever Susan didn't know an answer she looked right at the teacher and was spared.

One day a new girl was introduced to the class. Lynn.
Lynn sat next to Susan.
Susan shared her textbook with Lynn.
Lynn invited Susan to come to her house after school. Alright!
Susan would escape the monotony of her family for an entire afternoon.

Susan can remember the details of Lynn's house to this day; center hall colonial, front door opening to a black and white tiled floor, sunny kitchen in back, a spinning wheel in the livingroom, a big golden dog and a scary third floor.
Everyone in the family was very nice to Susan and even asked her to say grace at dinner. Say what?
Susan sat with her head down until someone bailed her out by reciting a simple prayer.

Susan and Lynn became quick friends and stayed that way for a while. Little by little other classmates elbowed their way in, Susan didn't mind until it became obvious that Lynn preferred another's company.

Susan was miserable and tried to regain her position by hounding her former best friend into submission. When that didn't work she'd cry, think about what fun secrets Lynn was sharing with her new best friend and cry some more. All her weekends were spent wallowing in her personal pit of agonizing sorrow until she eventually decided to knock it off.
Later when Susan embarked on a career of being rejected by boys on whom she had crushes she recognized the feeling; it was Lynn all over again.
6 comments:

Fourteen years ago Susan was sitting on a toilet with instructions to pee into a little cup. She was doubled over in so much pain that she couldn't even say
'Arrrrgggghhhh!' when she heard a knock on the door. Neither could she turn her head in that direction when an unsuspecting stranger walked in on her.
Or the next stranger or the stranger after that.

How is it possible to be in so much pain and not be dying? Holy crap! It's like all her years of menstral cramps were rolled up into a single contraction reoccuring every five minutes.

Eventually Susan got a stretchy waist band monitor strapped to her belly and found out that this crushing pain was normal for the circumstance. After pushing for three hours she had a baby. Susan didn't even think to ask what type of baby it was, she just asked for a can of Coke.

Three mornings later she woke up in her own bed, tiptoed to the basinette at the other end of the room and was almost suprised to find her teeny baby still there, right where she left him. She knew logically that he would be there but until she peered in and made visual contact she feared that he might have evaporated. This was made possible by a grant from Demerol, hormones, lack of sleep and regular old paranoia.

Keep your eyes peeled for related future posts;
Susan sits around with her top off all day long breastfeeding
Susan has a crush on her OB-GYN
Susan can't get out of the house before 4pm
Susan has another baby and learns how to cook.
5 comments:

In honor of Susan's son's fourteenth birthday this weekend here's fourteen things she likes about him: