Susan dedicated two of the previous three day weekend painting the daughter's room. It's slightly larger than a monk's cell* with a solitary north facing window and hand me down furniture. The furniture got painted too.

Then Susan took a can of high gloss black and finished a bunch of her own painting projects including the living room shelves newly installed by the husband after seven years of asking. The old redwood benches which serve as Susan's dining room seating got two coats after a good priming. Some other stuff that was already painted black got freshened up and Susan ended her weekend speckled, stiff, hunched over and in need of a manicure.

Susan spent the day being aggravated by her family, particularly by the husband.
So much talking!
Sometimes she thinks she'll just go nuts if people don't stop talking to her NOW.
She can't even pretend to listen as evidenced by the disinterested and generic uh-huh she gives to indicate that she's really not listening. But, they keep talking.
Anyway, the day ended nicely with some Maker's Mark cocktails and company, including these two who mercifully gave Susan something interesting to listen to.
Thank you, girls.

Another pedicure, sparkly blue. That's number three in almost fifty two years. Susan has quickly abandoned her previous hatred of pedicures because it's worth not having to do it herself. She settled in and read the entire New York Magazine (New York, not New Yorker) then went to Target for a  citrus juicer because it's a big weekend coming up.
2 comments:

The old Adirondack chairs were tightened and arranged around the fire pit, next to each was placed a tree stump for a table, the ones that hadn't already fallen apart from decay anyway. Poison Ivy was terminated with extreme prejudice, leaves were raked and trash bags were hauled to the curb.


Susan's son, in his second month of punishment related chores, swept the leaves and spiderwebs from the stoop then washed the front of the house with a BIG sponge and a bucket of soapy water. Susan strung white Xmas lights around the doorway, replaced the old welcome mat which had been flipped upside down because it looked better upside down than right side up, replaced the broken flower pots and stabbed some solar powered walkway lights into her lawn. Except for the flower pots being devoid of flowers, the outside of the house was now ready for company.

Labels: Home Improvement is Exhausting
Susan's son was pressed into manual servitude on Saturday morning moving a yard of stones from the driveway to the backyard. Once deposited it became the daughter's job to redistribute them around a fire pit with a rake. Susan put herself in charge of diverting the dog's attention from the open gate by throwing logs around for her to fetch and the husband dug a trench around the rocks in which to drop some edging material. Afterward, Susan had to force herself to drive past a hundred yard sales on the way to pick up poison ivy killer at Home Depot. It was hard.
Anyway, once that was all taken care of Susan's family spent the rest of the day one yard over eating, drinking and chatting with a bunch of their neighbors.
The end.
3 comments:

Susan is totally into Old Lady Style,
here's why: 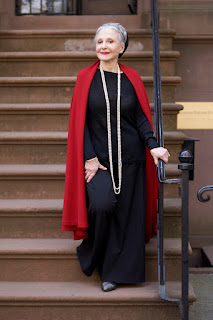 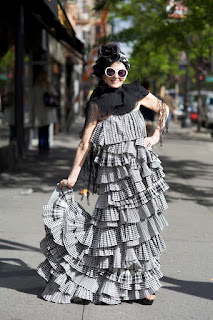 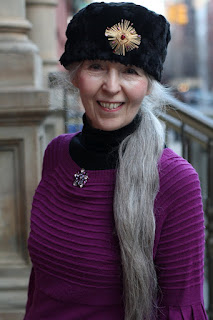 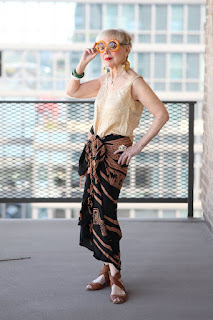 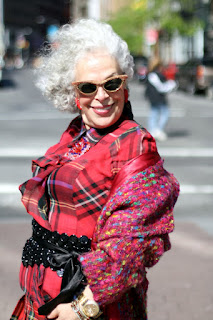 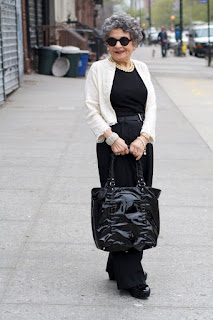 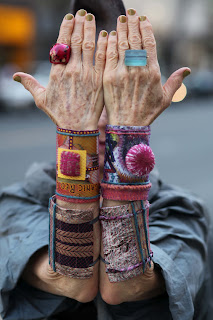 Susan treated herself to three desserts on Mother's Day
then spent the Day After pooping on the potty.
5 comments: 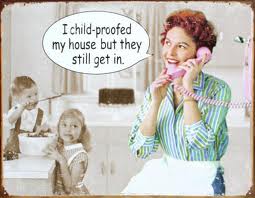 
If you're inclined, go over and thank The Empress because Susan pinched Sweet Brown from her blog.

Susan disabled the word verification on her comments and heard an immediate cheer rise up from her pals The Zadge and Meg. You'll never have to prove you're not a robot again. Never again!

As if that weren't enough to accomplish in one evening Susan also got herself a pedicure.

Susan is unlike most women in the fact that she's NOT a fan of pedicures. She finds it almost intolerable to have another person handle her feet. The scraping and clipping and digging and sanding is really beyond what she can put up with. However, she likes the warm water and some of the rubbing and, of course, the finished product.

For weeks she's been unable to spend the hour it would take to prep and paint her feet, not to mention the bending over. Bending is horrible, every time she does it she b*tches until she's upright again.


But, it became imperative to get her toes in order when she switched to her summer shoes last weekend. As a concession to her age she thinks she's going to have to screw her courage to its sticking place and get a pedicure from now on. At least from May through October.

A few posts back Susan ridiculed people who say babies are old souls. Two days later someone Susan likes used that phrase and Susan was all Arggggh but she forgave that person and doesn't think any less of them for having said such an asinine thing.


However, and she's not kidding, Susan forbids you to say the following;
Amazing
A touch of whimsy or whimsy or whimsical
Heartstrings
Blessed or you're blessed or I'm blessed. No blessed outside of church.


Susan gags with disgust every time she encounters the fake inspirational saying Life is not measured by the number of breaths we take but by the moments that take our breath away.
She's making an extreme gagging noise right now.


On an unrelated note Susan recently discovered that no matter how many rolls of Necco wafers she eats, she'll still be hungry.
7 comments:

How does that happen so fast?

In one day she's two shades lighter and gray at the temples. If you remember Jim Jensen then you have an idea what Susan looks like.

She also needs a pedicure but she can't stand having anyone touch her feet. It's a real dilemma because she's getting less able to get down there to do it herself.