Guess which one of these things Susan has never, in all her fifty six years, ever done before:

Since there's no hope of anyone rubbing up against Susan's legs anytime soon she conducts one shave every three weeks but only in the months containing a U.

Alcohol poured into anything, including directly into her mouth, constitutes a cocktail.

Susan, Anxiety & Panic all go way back together. Every once in a while, through sheer force of will or IV Ativan, she can resist engaging in imminent panic.

Susan's generous nature allows her to participate in selfless acts like declining the last K-cup in the galley so that another can enjoy it.

Susan never learned how to swim, she took lessons but never learned. It is rare that she finds herself in water above her ankle. Only if the shower backs up. Encouraged by her cousins she jumped from the Lisa Ann into the bay and swam in a very primitive manner toward the beach. Halfway out she looked back toward the boat & started to panic. Cousin Melissa spoke to Susan in a very soothing manner and gently gave her the confidence to continue forward even though Susan was scared.

Susan has never in her life jumped into the water and swam anywhere. Ever.

Thanks, Cousin Melissa and yay Susan! 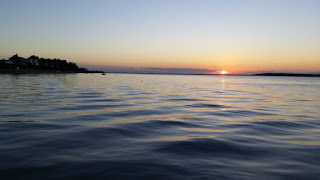 Susan originally wanted to BLAHg about a bunch of stuff including how it's hot-weather-advisory hot in her house which only serves to make her more of an irritable hysteric than she normally is. Susan's a Gemini, so the half that's not hysterical is calm and thoughtful. Thoughtful as in she thinks about stuff, not that she's considerate of others or nice. Although she can be considerate, and probably sometimes is, she doesn't mean it that way now.

Instead, Susan wants to share a conversation she had with her daughter after a long day together, one in which she had to yell at her for being a thoughtless little pig*.

The daughter was tired as they drove home. In this condition her protective barrier is often lowered allowing for less restricted communication. Susan always loves to find out about others' mother-daughter relationships so she named a few of the daughter's friends and inquired which were most like their mothers. The daughter answered and the two of them exchanged observations and adjectives for each mother-daughter combo which inspired the daughter to ask 'How would you describe me?' Susan provided her answer then reciprocated with 'Well now, how would you describe me?

There was a long silence during which Susan feared the daughter was scrolling through the long list of rotten attributes searching for a decent one. Susan was positive the oft used I don't know was imminent when the kid started to speak:

You're mentally strong
You give helpful advice
You're sympathetic

There you have it, folks!

*A shout out to Alec Baldwin for this wonderful characterization!
No comments: 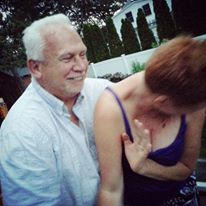