Susan is forced by her voluntary oath to write a BLAHg post every day in November, to do so right now, in the last few moments before the current day turns into the next day, even though she is bereft of anything to say. At all.
OMG, what a horrible sentence.
There you have it.
Come back for more of the same tomorrow.
1 comment: 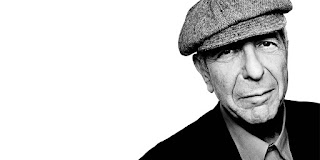 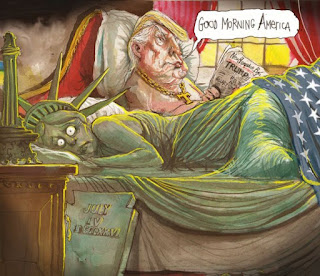 Susan has scrolled through her five stages of grief;


Susan is not one to fight that which she cannot change. She has a good track record for finding different ways to think about those things, ways that help her move forward and be a good example to her children.

Even though she may want to blowtorch everything in the universe, she knows how to calm herself down and come up with a better plan.

This is Susan's plan;
Susan believes that we all are given opportunities, and we each decide how we'll use them. She also considers herself to be a team player, so there will be no hating (she replaced yesterday's angry picture with a funny one) & no b*tching, just genuine curiosity to see what the new president will do.

After an exhausting and sad day at work, Susan went home and made some phone calls. First to her friend who talks to dead people to apologize for giving him false hope on election night, then to her parents (for ninety  l o n g  minutes!) and lastly to her friend Cyndi (yes she really spells her name that way) just for the hell of it.

Susan's dad made her laugh when he told her he voted for 'the junkyard dog' and attributed the moniker to Maureen Dowd, but Susan's due diligence revealed that it was actually Jeb Bush.
Maureen Dowd likened Trump to Rasputin.

See everyone tomorrow!
No comments: 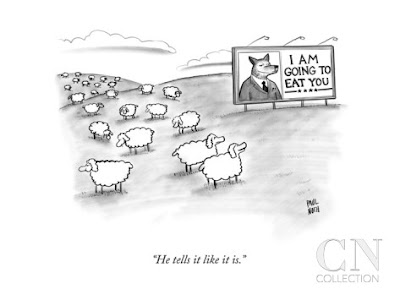 Two years, one month and eleven days ago Susan and the husband hosted a party to commemorate 20 years together in matrimonial entanglement. Lots of lobsters got eaten at this party & Susan made stock from the shells with the intention of using the stock for risotto.

Not too long ago she bit the bullet and purged her freezer of the beloved Twentieth Anniversary Lobster stock. It was sad but necessary and Susan knows there are other lobsters waiting out there on the horizon for her to eat them and make more stock.

Last week Susan took a risotto making class at Sur La Table, which is a great place to learn how to cook something. Aside from learning to make three types of risotto Susan met Roseann, a girl with an entire Wonder Woman comic book cover tattooed on her arm. It was pretty impressive. Susan and Roseann hit it off enough to partner up for a future class.

Anyway, Susan left the class feeling excited to finally have mastered the secret risotto and put Arborio rice on her shopping list because one does not use Chinese Restaurant Rice for such things.

On NaBloPoMo Day Three Susan was invited to Little Sister's house for dinner. Little Sister's town has a pretty nice upscale Italian supermarket at which Susan stopped to look for her rice. She also wanted to pick up a tin of Italian tuna fish in olive oil because she's always heard how good it was. While standing in the aisle considering her choices she heard someone addressing her.

A gentleman with the appearance of a homeless dude in an army jacket and full grey beard appeared to be stunned by Susan's beauty and dropped the bag he was holding right in front of her. As he picked it up he said 'That's a bright coat you have.'

Sidebar: It was! Susan was wearing an orange double-breasted coat, vintage (thrift) of course, with new buttons she had sewn on two weeks ago.

He came closer and said 'It matches the color of your hair.' to which Susan responded that's exactly the effect she was going for.

The homeless dude kept on walking but then doubled back and asked 'Are you accompanied tonight?'
Susan explained that she was on her way to her sister's for dinner.

'May I accompany you there?'
Susan smiled and declined his offer with a little flattered laugh.

He smiled back and said 'Maybe I'll see you another time then' and extended his hand 'My name is John'.
Susan shook his hand, introduced herself and wished him a good evening as they parted.

Then she got the hell out of Dodge.

Forget the risotto story, it's not that interesting. Maybe she'll revisit it if she's short on material later in the week.

NaBloPoMo Day Two Susan turned her clocks back then stayed in all day & watched a subtitled Italian movie, a Bill Murray movie and a movie with some British actors she knows from other things, it made her cry a little.

Did she ever tell you when she watched two movies, one right after another, where the main character ascends into Heaven at the end? She was unaware of this distinction when she sat down to watch that Liberace movie with Michael Douglas and Matt Damon, followed by The Lady In The Van with Dame Maggie Smith, which she wasn't too keen on, but she stuck with it and was rewarded by the ending. But, that's no reason to watch it.

Susan will see you all tomorrow.
No comments:

Susan likes to participate in National Blog Post Month (NaBloPoMo) every November, but this year she forgot. NaBloPoMo is a grueling exercise where Susan has to write a BLAHg post every day for a month.

Ugh.
Susan maintains high standards and can't always come up with something interesting to share every day, or every few weeks even. You've all seen the frequency with which Susan has been BLAHg-ing lately, that's her high standards in action. Luckily there is no standard for NaBloPoMo beyond frequency.

Day One Susan will give you a Bolognese update:
So, last week Susan found the white Bolognese recipe, while she was eating leftover restaurant Bolognese and pondering why her own Bolognese efforts never come close.
Anyway, Susan made the Bolognese then stuck it in the back of the fridge all week because she wasn't in the mood to do anything more productive than climb into bed in her work clothes.
Fast forward to this weekend, Susan made a pot of mezzi rigatoni, saved a cup of the pasta water, heated up the Bolognese and ate it.
Perfecto!
It was a teeny bit salty, so she wrote on the recipe 'watch the salt' and then served it to her children for their opinion. Her children liked the delicious Bolognese so much they approved it to be put into dietary rotation. Then the son's friends showed up and ate every last bit of the delicious Bolognese even though they were already filled with pizza and chocolate donuts.

Susan may tell you a risotto story on Day Two.
No comments: