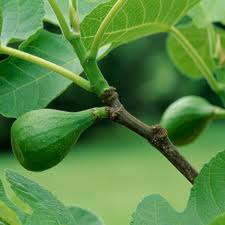 Susan's potted fig tree now has five figs.
Five!
Every day Susan excitedly completes a visual inspection, and using the fingers on her hand takes a quick count. Once that's done she spends a few moments admiring her five beautiful figs before moving on to fantasizing about harvesting the figs, about putting them on a pretty plate and bringing them to a party.

What are these, dates?
No, they're figs.
Figs? Where did you get them?
From my tree.
Your tree? Do you live in Israel?
No, down the block.
You're so lucky to have a fig tree.
I know!

Or, her fantasy could become more complex, involving food preparation;

She could be hosting the party, wearing her vintage Indian tunic and some dangly jewelry. In her fantasy she would chop the figs, toss them with a drizzle of balsamic vinegar and the teeniest pinch of black truffle salt then let them sit while she toasted some baguette slices. She would top the toasts with the figs, some cracked black pepper and fresh goat cheese made from the goats in her yard.

Her yard of fig trees.

Here's the stuff Susan's dreams are made of: 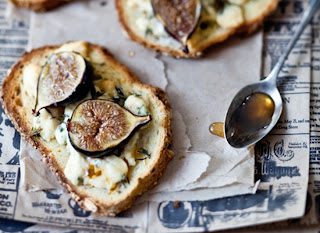 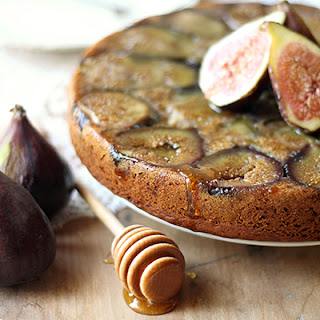 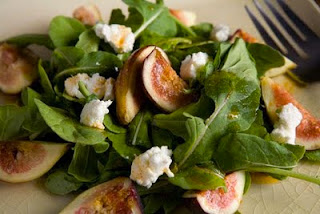 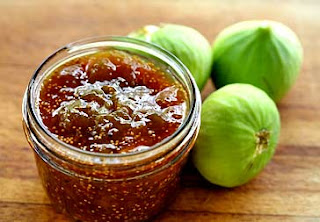 Susan keeps a pair of leather slippers embroidered with gold thread under her desk at Acme Sweatshop. They're very simply constructed and minimally durable, but perfect for when her feet hurt. Susan was wearing her work slippers when she walked into a room being prepared for carpeting. The realization that the floor had a layer of adhesive was immediate. A split second.

One of the workmen sprang into action removing much of the sticky, tacky, smelly glue but it wasn't good enough. As Susan walked down the hall her slippers stuck to the floor and she heard at least one person guffaw.

Susan's solution was to lay down two sheets of copy paper and step on them. She walked with her flapping copy paper slippers over to get a pair of scissors and following the outline of the sole she cut away the excess.

Good as new and back to work.
2 comments:

For the last two weeks Susan has been too hot to BLAHg. And too lazy. It's exhausting arranging words in a clever order.
She's also spent that time fighting with the husband and being disgusted with her children because they're lazy.
Just like her.

Some things that happened during her Lazy Heatwave BLAHging Blackout were: 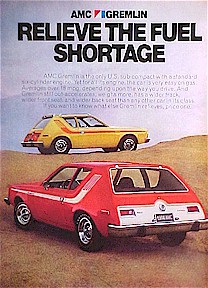 The heat index inside Susan's house is OPPRESSIVE.
Heaven help the person who leaves the ice tray barren, doesn't make a new pitcher of iced tea or refill the Brita carafe for they will be on a collision course with a hot b*tch. And not the sexy kind.

She narrowly avoided a full on freak out yesterday when she couldn't find the paddle attachment to her ice cream maker.

In hot weather the house is kept dark, fans are turned on and Susan shuts down limiting her movements solely to declaring how hot it is. She dons her hot weather wardrobe which is any number of loose fitting dresses or skirts, often wearing the same thing from Friday night through to Monday morning then changing back into it after work. Currently, it's a layered cotton skirt that her daughter urged her not to buy from a church thrift shop.

When she can't cool off she'll jump into the pool. She risks triggering a little claustrophobia but she can generally use the highly focused powers of her mind to overcome it. 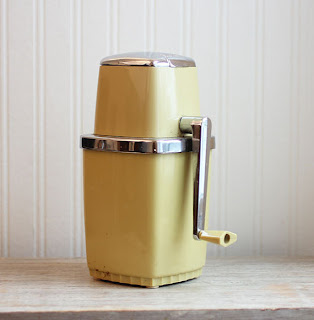 What's an awesome summer without a vintage ice crusher for Susan's cocktails?

Susan and her Aunt Eileen spent a Saturday going to yard sales. Upon first sight Aunt Eileen said I'm going to buy this for you and then bargained it down to less than ten dollars. 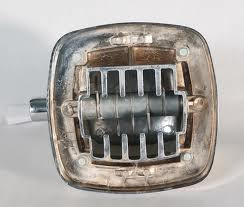 Susan's Swing-A-Way ice crusher's got a pretty gnarly grindy blade thing under the hood, Susan thought she heard a cube scream as she shoved it down there and cranked it into little frozen pebbles for her alcoholist pleasure. 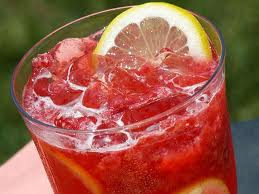 Susan celebrated her independence from a fully functioning laptop by dropping it onto the floor and breaking the hinge. Now she can't close it.
She also broke the left shift key.
Other than that, it's just as aggravating as it ever was.

Susan's fig tree is potted and in her front yard sucking up as much sun as is available on the shady property.

Two Friday nights ago Susan celebrated the first day of her awesome summer by having dinner on the water. Susan drank a cocktail served in a bucket and there was music appropriate for line dancing supporting a healthy cougar scene; plenty of sparkles, cleavage and cowboy hats.

Last Friday night Susan took her family to see Jaws on the deck of the aircraft carrier Intrepid.
While driving through NYC Susan took note of an attractive girl in a purple dress. Susan watched as the girl walked, her purple dress being hiked up higher and higher until her entire left buttock was exposed. No panties. Afterwards they spent a warm, breezy night on the mighty Hudson River with the Empire State Building all lit up in rainbow colors behind them. Even the demonstratively controlled teenage wrestler said Oooh upon the sight of it.

Editor's note: Susan would like to wish everyone an enjoyable Independence Day and reiterate that FREEDOM IS NOT FREE.
1 comment:

Susan uses old tree stumps in her yard as side tables and additional seating. Until recently they were all situated around the fire pit, but then they fell apart.
They totally disintegrated.
Since their sad demise Susan has been on the hunt for new stumps. She needs them to be a particular height and width but most of all, they must be level.


She told Wild Bill, a bonifide tree guy, and he assured her that he'd throw some world class stumps into the back of a truck and bring them over. Unfortunately, he returned to Dueling Banjos, NC before he could accomplish this mission, leaving Susan bereft of stumps.
For months, any time she saw a pile of tree stumps she'd assess their size and shape but always found them lacking.

Passing by her next door neighbor's house Susan's heart stopped.
Stumps!
An entire row of perfectly dissected stumps were set out at the curb. She, the husband and daughter rolled the four best ones home. They were heavy bast*rds and required quite an effort just to make the short trip to Susan's house. Once there it was impossible to get them over the curb. She left them in the street and waited for her son, the wrestler to get out of the shower.

The wrestler said that he would do it tomorrow, which is his response to almost everything he's asked to do. Susan insisted he roll her stumps into the backyard. The wrestler went outside and like an angry gorilla with super strength he picked them up one by one and heaved them over the fence into the yard.
When he caught Susan's stunned look, he almost smiled, but opted to maintain his angry teenage demeanor instead.
As it should be.