Susan's on vacation this week!
Before you get all excited, she's spending it at home with the old folks who came up from Florida to sleep in her basement.

Every day Susan and the old folks discuss what they'd like to do the next day observing the following criteria;

In the meantime everyone's eating lots of ice cream and waiting for Wild Bill to hit town.
4 comments:

Today, after Susan had been home for a few hours the daughter said quite casually 'Guess what I saw today.'


Susan indicated through her facial expression that she didn't know.


'I saw (brother's name removed for purposes of privacy) naked' and then erupted into teenaged laughter.


'OMG, front or back?' was Susan's horrified inquiry.

Susan  found a notebook she kept when she went to London with her little sister in the spring of 1986 and would like to share with you the contents.

Tavern Bar in the hotel: this is the only bloody place open and we'll be chased out soon enough. I can't believe that they actually chase you out of these places and then pull all the liquor off the bar - everything's locked up by 11pm or 1am at the absolute latest, and that's this place.

Description: All wood, mahogany stain, red floral carpeting, tables and chairs clustered throughout, stained glass lamps, low ceiling, beams. The bartenders are doing a good job with my Mudslides (Bailey's, Kalhua, vodka). Lots of loud travellers - we've got a bunch of Swedes in and they're making the most noise, they were singing out front when I went past for smokes.

Friday we lucked out because after hours Jacques and Allan took us to the place where Allan worked or we wouldn't have eaten at all.  We met them the first night at the Gloucester Arms, over a block or two. We had been walking around taking pictures because it was such a nice night and we were searching for food. - we were so knocked out after that miserable flight and the unbelievably horrendous trek to this hotel, dragging all our luggage in the rain then then the snow. We were limping along with tons of stuff when the rain turns into snow, we don't know where we're going but, we're going. So, anyway thanks to Allan we got to eat at the Hamilton House (I think it's called). The chef was funny - a tall, nice looking fella with his blond hair in a pony tail underneath a big white chef's hat. Some red-haired fella was playing a guitar and singing from a book of words he had while assisted by Kevin; a moderately obnoxious thin English type with a button-all-the-way-up shirt and a crew cut. I had some pretty good chili and after Kat goes to tally up at the register I find out that we picked up everybody's drinks. That's terrific - just like the newspaper guy last night; we're down in Piccadilly going in what we thought was the right direction and I want to get a paper so I ask the fella what a good London paper is and he tells me The Times, 'it's the best and the dearest' which I take to mean they're all gone. I ask for the second best and there were none of whichever that was either so, I settle for The Mail, 'a reasonable paper', sorta like the Daily News but not as bad. They're all like the National Enquirer here just in varying degrees. Anyway, the point is - after I settle for this reasonable paper some fella comes up, asks for The Times and gets it! That sonofabitch newspaper guy wouldn't give the damned paper to me.

Trader Vicks, London Hilton; enjoying a lovely Trader Vick's Stinker - sloe gin, rum, grog (whatever that is) and a couple of limes. This place looks like a Polynesian village after a tidal wave. There's a decent amount of business suits and we're the trashiest looking couple here - but, they did let us in. The second round is coming up, we're having a Pina Colada at Trader Vicks.

Cheap Day Return; on our way to Salisbury to get a bus and see Stonehenge, we're waiting to get thrown out because we paid for second class and we're sitting in coach - the only difference seems to be there's more room and tables between the seats like in a diner.
From the train you get to see the countryside and the towns, it's quite pretty. These folks sure like brick.
It's very hazy, not like the fog you see Basil Rathbone walking in and out of, this just sort of sits off in the distance. When it's seen through the trees it's atmospheric and very nice but when yer trying to take pictures of Big Ben it's a real drag.  The last few nights have been absolutely bitter and Kathryn dragged me out to shoot the Houses of Parliament/Big Ben last night and Tower Bridge and the Tower of London the night before. They're all on the water and the wind goes ripping through any area that's not secured; up sleeves and down necks. Scarves and gloves are only minimally effective, they're better than no scarves and no gloves but you still suffer. Kat keeps saying You're wearing a skirt again - aren't you cold? while she's standing there with her coat unbuttoned and no gloves.
Speaking of gloves: I left my red ones in the Gloucester Station.

Stonehenge was real boring; an hour and a half on the train (nice ride) then ten miles on the bus. The bus driver was a real good guy - he told us to behave ourselves and left us there for an hour. After paying one pound fifty for admission and walking around taking pictures, we had 46 minutes to stand around and complain about the cold. It was all roped off so you couldn't get too near the stones and some old guy in a glass booth made extra sure that we didn't. On the other side there were sheep - lots of them, everywhere we walked we had to watch out for the blueberries.

Stanhope Tavern; I found my red gloves. The Iranian at the Bureau de Change had them. Bearing in mind my native land I naturally assumed they were gone fer good. There's a great jukebox here - I'm singing Wild Thing to my sister, we have to keeping drinking till all my songs are played; ten for a pound.

DINKYS: Double Income No Kids Yet. This is one of Elizabeth's expressions, we met her at the Stanhope Tavern; she's thirty seven, interested in New York but loves Europe and tells us that the Britons were outraged that we involved them in the air raid to kill Qaddafi by flying through their air space. I've heard that the British are very cold and unfriendly but I must say that the worst anti-social behavior thus far has been simply to ignore. At least once a day we find someone who is very friendly and sweet. Having someone turn my leather gloves in was a big two points in my book. Elizabeth was sitting there all by herself (just like Jacques was) and we all started yapping - sounding different is really a conversation starter.

PS: I started talking to Elizabeth. I saw her coming and I cleared the stool of our coats so she'd have a place to sit while Sue was in the toilet (Written by Susan's little sister).

Last day: I've been thinking about Klaus; he's a journalist that we met in the lobby last night, the floors in the hotel are smooth and slippery so I dragged Kat along by her hands, she used her boots as skis and Klaus came up behind her and pushed. We were to have met him for a drink forty minutes ago but we never got out of the room. There was a note waiting for us this morning at breakfast, I naturally assumed we were going to get yelled at; we had just met him so what type of message could he possibly be leaving us? He wrote that he regretted not being able to talk to us, he included how long he waited and said that he'd be in America at the end of the month and would like to meet us. We also got an invite to France from Midi, our little waiter -  he was so small and such a cookie, he immediately took to us...he wants to see us bronzed (from the sun as opposed to cast in bronze). He was so attentive and complimentary I'll have to put him on my list for correspondence.

The plane ride's been alright so far - no gut wrenching turbulence, we have in flight drinks, Irish music on the headset and we even left on schedule.
5 comments:

Susan is a big fan of the guy who figured out the three day weekend. Smart idea, man.


Last weekend Susan used two of her days rehabbing her bathroom which included but was not limited to wallpapering, painting and ripping out an '80s light fixture, medicine cabinet and shower doors.


Susan had a super duper time at the flea market, she bought a bunch of stuff and everybody was friendly starting with Maya. Susan's elderly neck is now camouflaged by a long gold necklace that Maya made.


She had a fantastically refreshing handmade lime ginger soda from Brooklyn Soda Works that inspired her to grate ginger into everything for the rest of the weekend. She's also been working in the laboratory concocting a fizzy lime ginger cocktail.


Susan, her little sister and cousin Lisa all bought coin necklaces from Adornments NYC, they had fun picking out which ones they liked best and talking to the fella who made them.


When she couldn't decide between the Peppermint Ginger Tobacco and the Jasmine Tuberose Soy candles from Apotheke, the husband purchased both. He's so crazy. 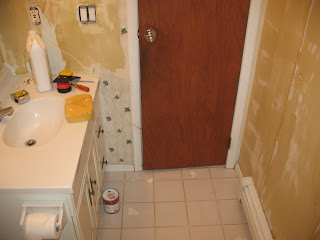 The other morning Susan noticed a new neighbor walking along a well traveled road in her neighborhood. She appeared to be in her thirties, a little scrawny with a hint of white trash about her. White trash is not unusual in Susan's working class neighborhood, but she doesn't mind. She prefers white trash to money because folks with money often need to draw attention to it. Yuk.

As Susan drove past she thought about what makes a person appear as white trash. At Acme Sweatshop Susan is often mistaken for someone of authority, which sounds nice but it usually results in more for her to do. She wondered where her unidentified neighbor was headed and assumed it wasn't to work. Nonetheless, Susan continued on her way and didn't think of her again.

Susan was on her way home from work, driving on the same road but in the opposite direction when she saw the woman again, she was wearing a leather jacket. Susan was in a summer dress. As Susan got closer the woman turned around and stuck out her thumb. She was hitchhiking? There was really nowhere to give this odd woman a lift unless she wanted to come home with Susan.

Susan doesn't need a residential hitchhiker in her house.

Susan endured another pedicure. She chose pale pink glitter, real glitter like from the floor of Studio 54.

It's scratchy.
The non English speaking girl who performed the pedicure upon Susan's feet was brutal, she even lopped off the corner of Susan's big toe nail. Her savagery was put to good use during the neck massage and Susan left able to look over her shoulder again.
4 comments: 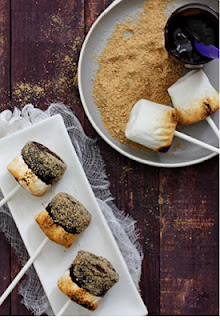 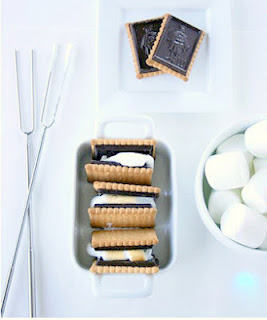 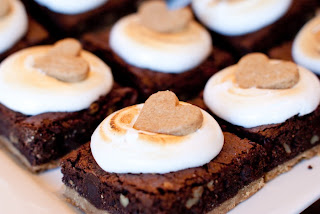 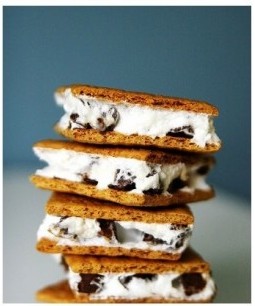