First to go was her PCP, who Susan liked, was right in the neighborhood & always able to squeeze her in. Then, went her gynecologist. Susan loved this guy. Loved! She had been with him before her children existed, through all the changes in her life and all her previous medical insurance. She happily drove an hour to see him because he was wonderful, gentle and easy to talk to. They had great personal chats over the years. During one memorable examination he described her internal lady parts like chocolate cake, moist and velvety. Now he's gone.

Her new PCP was Dr. Cynthia S, a little powerhouse who was the sole practitioner in the office. She had an underlying bossy tone which Susan responded to.
"When I tell patients to do something, and they don't do it within two weeks, I can get annoyed."
This was fine by Susan, she was fully prepared to obey little Dr. Cynthia S. and left with an order for fasting blood work.

Her new gynecologist was Dr. Cynthia B, part of a large medical practice who offered a wider array of services in addition to the one Susan needed. Dr. Cynthia B was more Susan's size and had a warm efficiency. She didn't take as much time as Susan's former gynecologist, but she didn't rush Susan out the door either. Susan left with an order for a mammogram & bone density scan.

Susan was able to have her bone density scan done right away & returned to the waiting room for maybe twenty minutes until the radiologist could see her. There was a mother & small child sitting in the seat next to her, and the mother was trying to keep the kid from disrupting the other waiting room occupants, but the mother was the real problem. You all know the type. Mothers who speak more for the audience than the object of her attention, who create a false environment of disturbance, who won't shut up. Those moms are a notch away from those who let their kids run rampant without intervention.

Susan has no use for either. 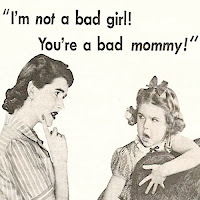 Anyway, once inside, the radiologist told her to lie down on the table, which Susan did.

The scanner was comprised of the table & a scanning arm, sort of like a tree limb, which passes slowly down the length of the patient, to take the xrays. It's not even a five minute process. In fact, here's a picture: 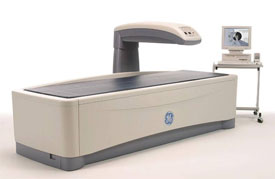 This wasn't the least bit confining or scary for our claustrophobic heroine, yet as soon as she laid her head down she began thinking of every scary thing she could and had a little freak-out panic attack.

First was the scene where Uma Thurman punches her way out of a coffin (feel free to click on the link), then was the NYT video of a tunnel used to smuggle drugs from Mexico to Arizona, (she knew she was going to regret watching that).

Even though the radiologist was keeping Susan company from a short three feet away, she still wanted to pop up on the table, confess she was a claustrophobic and flee. She knew that if she gave in to her fear it would make everything worse. Instead, she used the power of her mind to force happy thoughts.

She envisioned where she would be in ten more minutes, driving to work to see her Work-Best-Friend, Too Much Funny. WBFs don't come any better than Too Much Funny.

Then she thought about the peanut butter & jelly brownies she was going to make for a party she was attending the next day. The whole time her heartbeat was accelerating, but she stuck to the plan Keep thinking happy thoughts! and miraculously the panicky feelings passed.

She got her scan & an order for calcium then walked out the door into a beautiful Friday morning, slightly muggy, the breeze carrying the fragrance of trees and the woods. She couldn't recall ever feeling happier.
No comments:

In Susan's little corner of the universe the first weekend of September was either gorgeously sunny and breezy, or else the wind was knocking everything over and the sky was hidden by a layer of mashed potato clouds. Either way it was warm during the day with a little chill at night.

Autumn was within sight and this excited Susan. She doesn't need summer to last forever, if it did there would be no figs or baking or lighting the fireplace or boots. She looks forward to all the things that come with the next season. Summer is filled with flowers and bugs but it isn't cozy, she can't hunker down and make soup.

Since she had an extra day off for the weekend Susan felt justified squandering a portion of it watching Alien movies with her daughter. The rest of the time she was out getting bitten by mosquitoes because she left her Burt's Bees Bug Spray sitting on someone else's backyard table. She took a nice trip out east where she bought Italian plums from a farm stand and a stoneware berry bowl from the dude who made it.

She ended her long weekend by staying up late making fig jam, baking a plum torte, listening to the wind and slaving over her BLAHg.